When is Murder Not Murder?

Answer: When a police officer is “protecting and serving” a victim. King 5 News of Seattle reports that high level police sources have revealed that charges will not be brought against Officer Ian Birk in the killing of John T. Williams. This very shooting was ruled unjustified by a firearms review board. If it is an unjustified shooting then why shouldn’t it be considered anything other than homicide?

John T. Williams was a Nuu-Chah-Nulth First Nations tribal member and carver who was gunned down in downtown Seattle on August 30, 2010. What caused the incident? Mr. Williams was carrying a 3 inch folding knife and block of wood, tools of his trade. The partially deaf man apparently did not hear Officer Birk’s commands to drop his knife. Just another story of a police officer escalating a non-violent situation to one of lethal force. Lethal force that resulted in 50 year old Williams being shot 4 times in the side. Lovers of authority need not worry, though. They may sleep well at night knowing that the police may unjustifiably shoot a man and get away with murder.

Read more about this street execution.

Watch the video from Officer Birk’s dashboard camera below. The shooting occurs off camera, but the 6 or so seconds Mr. Williams is given to respond before being executed is highly disturbing. 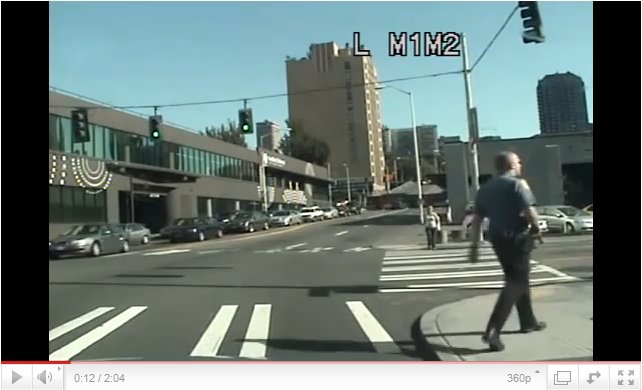 Remember, It’s not a crime to be Native. Saturday, February 19th there’s a peaceful carve in at Indian Park (Victor Steinbreuck Park) from 1PM – 5PM. 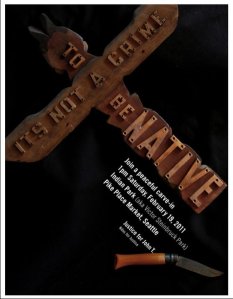 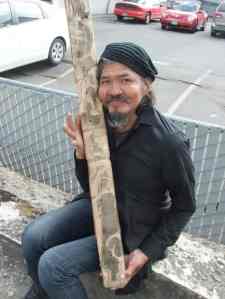 I am a Tlingit, born and raised in Tlingit Country, and a proud member of the Tlingit Nation.
View all posts by Vince →
This entry was posted in John T. Williams. Bookmark the permalink.

2 Responses to When is Murder Not Murder?