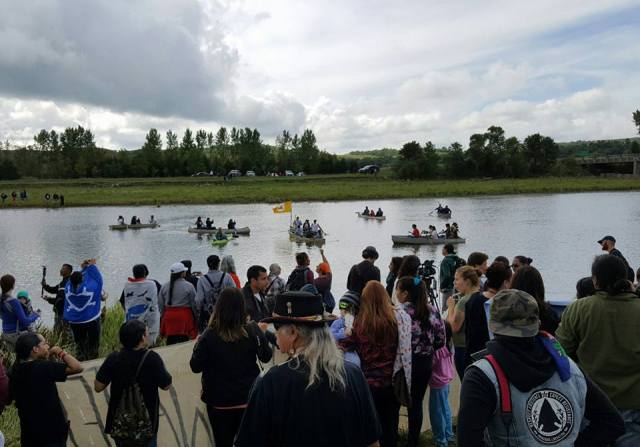 All Native struggles in the United States are a struggle against erasure. The poisoning of our land, the theft of our children, the state violence committed against us — we are forced to not only live in opposition to these ills, but also to live in opposition to the fact that they are often erased from public view and public discourse, outside of Indian Country. The truth of our history and our struggle does not match the myth of American exceptionalism, and thus, we are frequently boxed out of the narrative.

The struggle at Standing Rock, North Dakota, has been no exception, with Water Protectors fighting tooth and nail for visibility, ever since the Sacred Stone prayer encampment began on April 1.

I am a Tlingit, born and raised in Tlingit Country, and a proud member of the Tlingit Nation.
View all posts by Vince →
This entry was posted in Uncategorized. Bookmark the permalink.